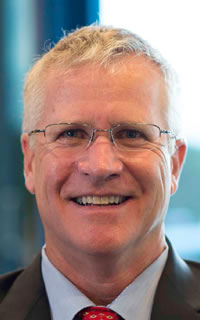 From 1987 to 1995, he was employed by the audit division of KPMG LLP. He holds a Bachelor's degree in accounting from Ramapo College in New Jersey.

He and his wife, Ann, live in Atlantic Beach, Florida. They have three grown children.